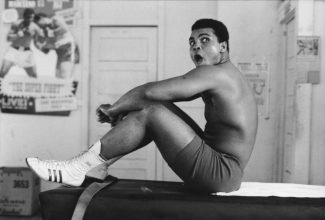 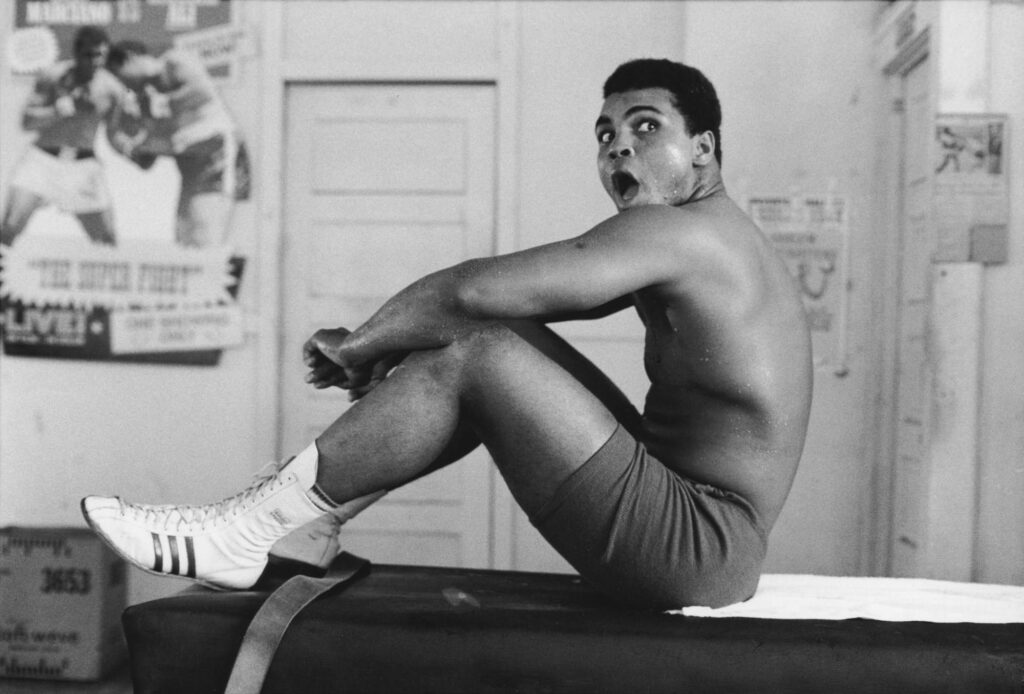 Who Was Muhammad Ali?

Muhammad Ali, frequently called “The Greatest of All Time”, was so much more than a successful boxer. From his lifelong advocacy for social change to his many humanitarian pursuits, Muhammad Ali had much greater depths than just monumental athleticism.

In part 1 we presented a number of facts about Muhammad Ali’s earlier life and in this segment we continue emphasizing certain elements from his early days while also extending further with interesting details of his later years.

What is Muhammad Ali’s real name?

Muhammad Ali’s birth name is Cassius Marcellus Clay Jr.  Often remembered for his many great quotes, “What’s my name?” stands out when reminded of how much of a significance a name held when it came to Muhammad Ali’s identity.

When did Muhammad Ali change his name from Cassius Clay?

Cassius Clay changed his name to Muhammad Ali on March 6, 1964, with the new name being presented to him by his religious mentor, Elijah Muhammad. Elijah Muhammad led the Nation of Islam from 1934 to 1975, spiritually advising not only Muhammad Ali but also notable figures like Malcolm X and Louis Farrakhan.

Why did Cassius Clay change his name to Muhammad Ali?

After growing close with Malcolm X, Muhammad Ali declared to the media that he would be abandoning what he referred to as his slave name and adopting the name Cassius X. Elijah Muhammad was worried that Cassius X would deviate from his embrace of the Nation of Islam and provided him with an idea for a more Muslim oriented moniker, Muhammad Ali, in order to safeguard his loyalty. The name was chosen in honor and recognition of Muhammad Ali Jinnah, an Indian Muslim politician and the founder of Pakistan. Whether or not this name change would in any way contribute to keeping Muhammad Ali Muslim cannot truly be known, but it did provide a long-lasting namesake.

What are some of Muhammad Ali’s most famous fights and career highlights?

Muhammad Ali’s most noteworthy fights include his February 25th, 1964 title fight with Sonny Liston that catapulted him into high acclaim and champion status. Muhammad Ali employed his renowned quote and taunted Liston with “float like a butterfly, sting like a bee, the hands can’t hit what the eyes can’t see” before taking the heavyweight belt away from him. A rematch was held on May 25th, 1965 where Muhammad Ali would go on to defend his title by knocking Sonny Liston out in the very first round. On March 8th, 1971, a heavyweight title bout with Joe Frazier, publicized as “The Fight”, delivered Muhammad Ali his first career defeat. On January 28th, 1974, Muhammad Ali had a non-title rematch with Joe Frazier and avenged his first career loss. Shortly thereafter, an October 30, 1974 fight dubbed as “The Rumble in the Jungle”, with the then undefeated George Foreman, allowed Muhammad Ali to reclaim the heavyweight title of which he was stripped of in 1967 following his protest of the Vietnam War. One year later on October 1st, 1975 Muhammad Ali faced Frazier for the third time and defeated him again, this time for the championship title in a fight referred to as “The Thrilla in Manila”.

“float like a butterfly, sting like a bee, the hands can’t hit what the eyes can’t see”

Through his career, Muhammad Ali defended his heavyweight title from a total of twenty-one highly skilled and accomplished challengers, but he didn’t only have real boxing bouts to consider, as there were also fictional matches between him and other icons of greatness. Released in 1970 as a film called “The Super Fight”, Muhammad Ali vs. Rocky Marciano was an imaginary bout between the two heavyweights that used computerized scoring to establish the victor. Muhammad Ali even faced Superman in a DC comic book in 1978, where they ended up teaming up to thwart an alien invasion.

How big is Muhammad Ali’s family?

How did Muhammad Ali die?

Over three decades of battling Parkinson’s disease, as well as surgery for spinal stenosis, left Muhammad Ali with limited mobility and little ability to communicate in his later years. Muhammad Ali was taken to the hospital for treatment of respiratory complications but would ultimately pass away due to septic shock.

Muhammad Ali passed away on June 3, 2016 at the age of 74, in Scottsdale, Arizona at HonorHealth Scottsdale Osborn Medical Center.

What were Muhammad Ali’s traits?

Muhammad Ali possessed many exceptional traits in addition to his elite athleticism. As the comedian, civil rights and social activist Dick Gregory once said of Muhammad Ali, Muhammad Ali was charming, funny, courageous, and showed deep kindness to the underrepresented. He promoted the welfare of others, he was an activist for political and social change, and was very much an expressive, free-spoken poet. From early on the public had mixed feelings about Muhammad Ali’s religious, political and social positions, especially at the peak of the civil rights movement, and this seemed to only stoke the fire within him and further encourage his strong personal convictions. Being forced to give up more than three years of his boxing prime for his stance against the Vietnam War was a huge personal sacrifice for all the world to see and be inspired by, even if some viewed it in a negative light. Muhammad Ali’s public struggles for moral and spiritual greatness, when coupled with the confidence in his beliefs, was encouragement to all people but especially had a huge influence on bringing forth a new era in African-American pride.

Muhammad Ali was and continues to be an inspirational figure to so many, and that includes other athletes that hold him in an extraordinarily high regard. Mike Tyson was asked who would win in a one-on-one between him and Muhammad Ali and Tyson answered that he could not win because “Ali’s the greatest there’s ever been”. Muhammad Ali had even influenced the likes of Bruce Lee, who was inspired by his footwork and flow of his attacks, integrating these elements into his own fighting style.

In spite of Muhammad Ali’s Parkinson’s diagnosis, he never left the public eye after his boxing career and continued to impact the welfare of others. Muhammad Ali raised money for charities, visited hospitals and soup kitchens, participated in dozens upon dozens of goodwill and charitable organizations throughout the United States and even traveled the globe to give humanitarian aid. Muhammad Ali received numerous awards over the span of his life and in 2005 he was presented with the Presidential Medal of Freedom to commemorate his vast contributions to the world.

The Muhammad Ali Center, a non-profit museum and cultural center co-founded in 2005 by him and his wife Lonnie Ali in his hometown of Louisville, Kentucky, showcases Muhammad Ali’s six core principles that guided and motivated his aspirations before and after boxing; confidence, conviction, dedication, giving, respect, and spirituality. Muhammad Ali’s goal in sharing these inspiring principles lives on in the Muhammad Ali Center and will continue to encourage people around the world to apply his foundations for positive change.

No payment required. First 10,000 pre-registered will receive an exclusive opening week offer, free merchandise, and a chance to win a VIP experience.

No products in the cart. 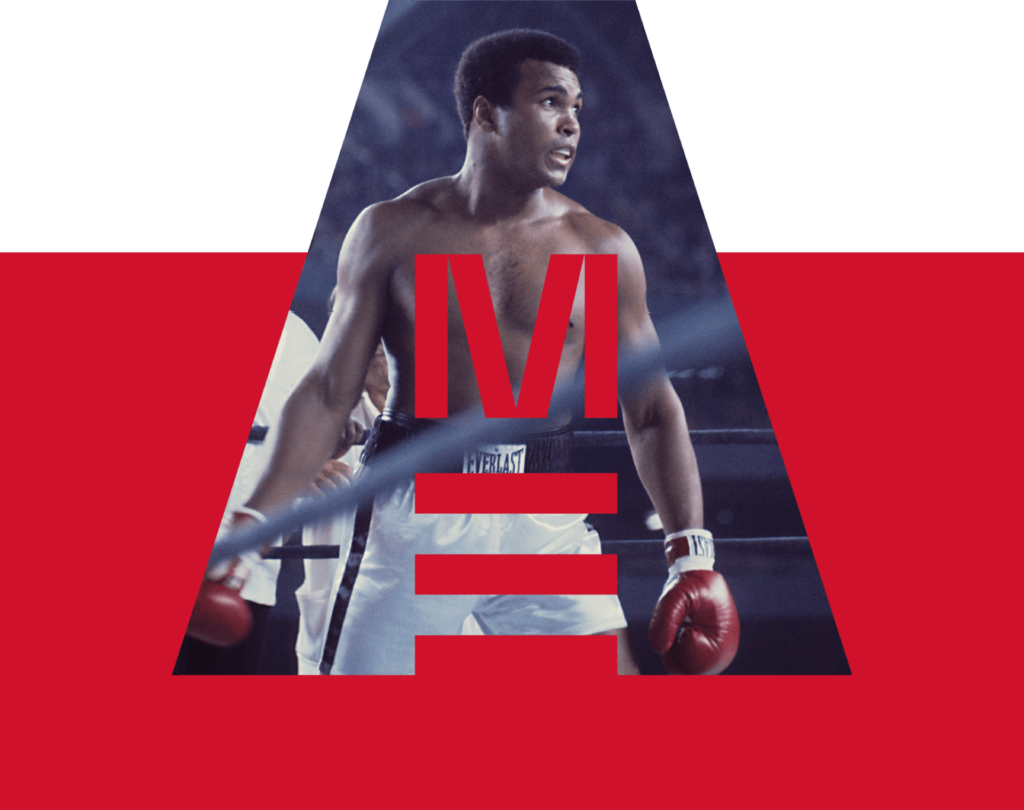 Pre-Register
Your Tickets Now
Be one of the first into the ring, and win big!
No payment required. Simply enter your email address and the number of tickets you wish to buy to secure your place in line.
PRE REGISTER NOW